The Raising of America is produced by California Newsreel with Vital Pictures.

California Newsreel (www.newsreel.org) produces and distributes cutting edge, social justice films that inspire, educate and engage audiences. Founded in 1968, California Newsreel is one of the nation’s oldest non-profit, documentary production and distribution centers. It has played a leading role developing and releasing award-winning, socially engaged film and video for educators, community-based organizations and public broadcasting, including one Oscar winner and four other Oscar nominees

In the 1980s, California Newsreel evolved into a leading resource center for the advancement of economic and racial justice and diversity, the study of African American life and history as well as African culture and politics. With the release of the seven-part award-winning series, Unnatural Causes: Is Inequality Making Us Sick? in 2008, California Newsreel became one of the first organizations to interrogate health equity using film. The Raising of America builds on that initiative.

Acclaimed Newsreel releases in addition to Unnatural Causes include RACE–The Power of an Illusion, Ethnic Notions, The Rise and Fall of Jim Crow and more than 100 other titles, including Oscar, Peabody and Emmy winners.

Vital Pictures is a Boston-based production company whose films and media projects explore provocative and timely sociopolitical and economic themes by "connecting-the-dots" between often invisible social systems and their historical construction, using meticulous research, storytelling, and innovative production design. In addition to collaborating with California Newsreel on Unnatural Causes, they’ve also produced Gaining Ground, Herskovitz at the Heart of Blackness and American Denial. They’ve produced numerous shorts for the Harvard Center on the Developing Child, and have begun production on an ambitious forthcoming series for PBS broadcast, Aging in America. 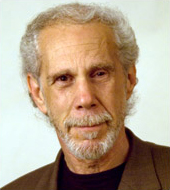 Larry Adelman is co-director and head of production for California Newsreel, the country's oldest non-profit, documentary production and distribution center. Adelman was the creator and executive producer of UNNATURAL CAUSES: Is Inequality Making Us Sick? (2007), which explores the root causes of the nation's alarming inequities in health, winner of a duPont-Columbia Award, the 2009 Best Film/Radio/Television Award from the National Academy of Sciences and Institute of Medicine and other honors. Adelman was also the creator and executive producer of the pioneering PBS series, RACE – The Power of an Illusion (2003). Among the other award-winning documentaries broadcast by PBS that he has produced, co-produced and/or directed include The Business of America... (1984), Collision Course (1988) and The Road to Brown (1990). 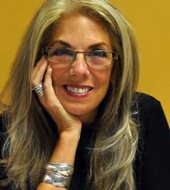 Christine Herbes-Sommers, president of Vital Pictures, has produced more than 100 hours of documentary, dramatic and educational programming for PBS broadcast since 1976. Her film Joan Robinson: One Woman's Story won a duPont-Columbia Award in 1981. She produced the opening episodes of California Newsreel’s series UNNATURAL CAUSES: Is Inequality Making Us Sick? and RACE – The Power of an Illusion, and was Executive Producer of Herskovits at the Heart of Blackness, winner of the John E. O'Connor Award from the American Historical Association, and American Denial, both broadcast by Independent Lens on PBS. She is currently project director/producer of the forthcoming Coming of Age in Aging America project. 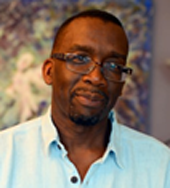 Peabody and duPont award winner Llewellyn Smith has been making films challenging our understanding of race, social justice and American history for more than 30 years and co-founded Vital Pictures and BlueSpark Collaborative LLC. He was co-executive producer for California Newsreel’s multiple award-winning series UNNATURAL CAUSES: Is Inequality Making Us Sick? As a writer, producer or director, Llew contributed to PBS mini-series like the acclaimed Eyes On The Prize, the Peabody and Emmy award-winning Africans In America: America's Journey Through Slavery (1997), the concluding episode of California Newsreel's series RACE - The Power Of An Illusion, and the 3-hour special Reconstruction: The Second Civil War (2004) (winner of the Eric Barnouw award). Other producer/director credits include Jubilee Singers: Sacrifice and Glory (2001), the two-hour NOVA biography of Dr. Percy Julian, Forgotten Genius, and for Vital Pictures, Herskovits at the Heart of Blackness, winner of the 2009 John O'Connor Film Award of the American Historical Association, and American Denial (2015). For eight years Llew was the commissioning editor for the acclaimed PBS history strand, American Experience. 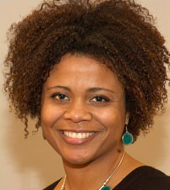 Rachel Poulain, MPH comes from a health and communications background and served as Director of Outreach and Associate Producer for the award-winning documentary series UNNATURAL CAUSES: Is Inequality Making Us Sick?, created by California Newsreel. Rachel teaches a trans-disciplinary documentary filmmaking course (since 2006) at San Francisco State University where students partner with community organizations to make films for health justice. Previously, Rachel was Communications Associate at the California School Health Centers Association. She started her career in health communications as Research Associate and Communications Production Manager at PolicyLink, a national research and action institute advancing economic and social equity. 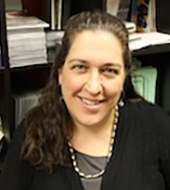 Wendy worked in Los Angeles and New York for ten years as a line producer, production manager and coordinator for numerous feature films and television shows. Wendy was co-producer of the feature documentary Show Business: The Road to Broadway, nominated for best documentary by the Independent Documentary Association, and she production managed the Sundance Grand Jury award winner Chuck & Buck. She served as coordinating producer for the PBS series UNNATURAL CAUSES: Is Inequality Making Us Sick? and for Herskovits at the Heart of Blackness, and is supervising producer for Vital Pictures’ forthcoming PBS series, Coming of Age in Aging America.

James Rutenbeck, Producer of "Once Upon A Time" and "Are We Crazy About Our Kids?" 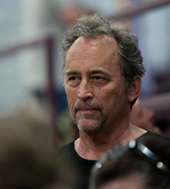 James is currently Executive Producer of Class of ’27, three short films about young children living in rural America and founder of Lost Nation Pictures, Ltd. His feature length documentary, Scenes from a Parish, won three Insight Awards of Excellence. He produced and directed the “Not Just a Paycheck” episode of UNNATURAL CAUSES. Editorial credits include more than 50 films for PBS, BBC, Channel Four (UK), Discovery Channel and Showtime. They include Zoot Suit Riots and the 2008 ALMA award-winning Roberto Clemente for American Experience, the Emmy award-winning Siamese Twins for NOVA, Herskovits at the Heart of Blackness and American Denial, both broadcast by Independent Lens and People of the Shining Path for Britain's Channel Four.

Peter Frumkin, Producer of "DNA Is Not Destiny" 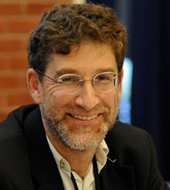 Peter directed and wrote the award winning film Woody Guthrie: Ain’t Got No Home (PBS American Masters) and was nominated for a National Emmy for his producing work on Typhoid Mary: The Most Dangerous Woman in America (PBS NOVA). He directed Tobacco Roads, an investigation into tobacco smuggling in the Balkan region. His work has also appeared on PBS, the BBC, the History Channel and Discovery. Currently he’s producing multi-media portraits of military Vets who’ve been successfully treated for PTSD (on AboutFace), and a feature length documentary about the German modernist museum curator and art historian Alexander Dorner. Peter teaches film workshops in colleges across the nation as a Woodrow Wilson Visiting Fellow.

Bill Lattanzi, Producer of “DNA is Not Destiny” 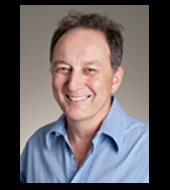 Bill Lattanzi has worked in film and television for over 30 years, as editor, writer and producer. Starting in New York as assistant editor for Woody Allen, he is perhaps best known for his work as film and video editor for many Nova and American Experience programs on PBS. Cable TV work includes showrunner of Extreme Engineering, and Senior Story Producer for Curiosity, both for Discovery. A past Knight Fellow in Science Journalism at M.I.T., Bill is also teaches (M.I.T., Brandeis, Bentley) and is an award-winning playwright. 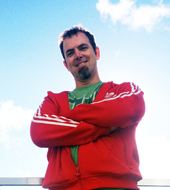 Shannon's work involves guiding the UX conception of these sites through wires, design and development, sculpting the possible out of the imagined. He draws out the client's vision, translates it into web-speak for designers and developers and polishes the product at every step in the process.

When not producing websites you can find him rooting on his Red Sox or following his children's exploits in baseball and dance.

Refresh this page to see your most recently added items.